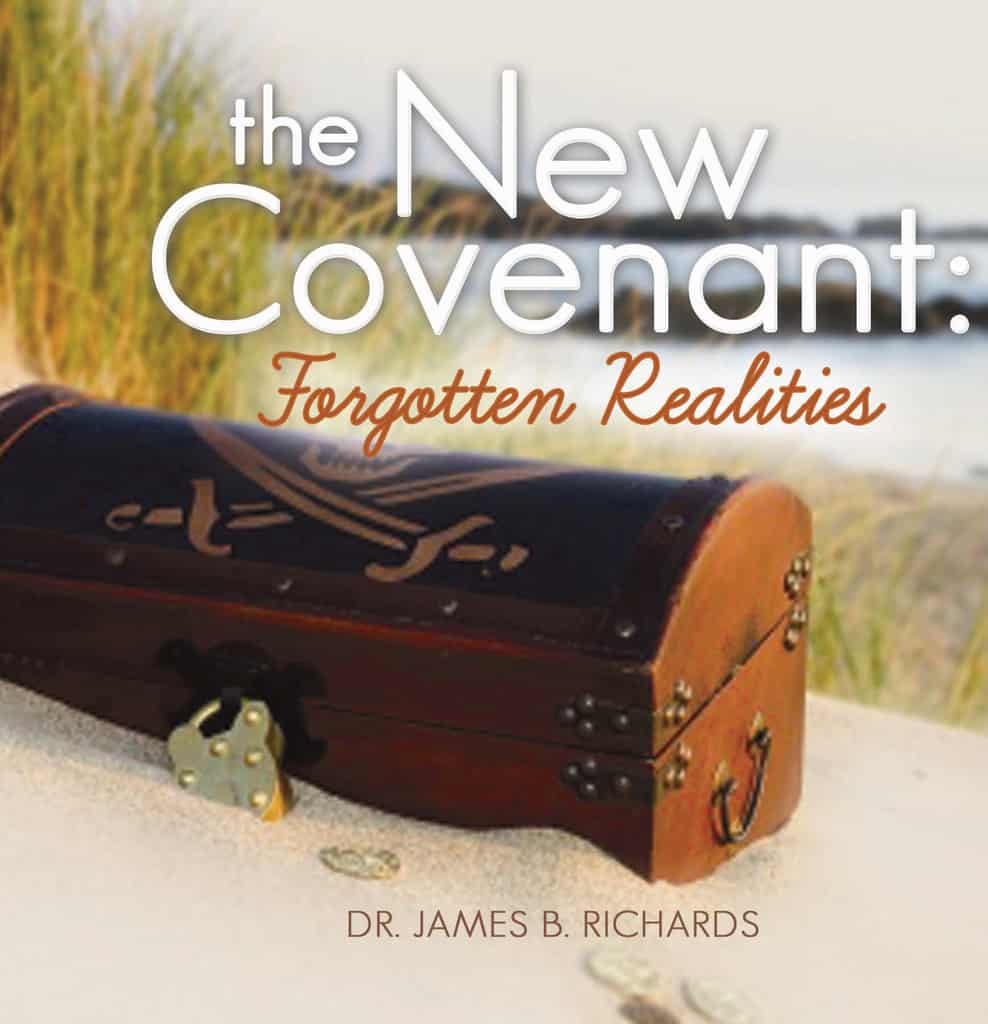 The New Covenant was the end-all, be-all solution to every issue between God and man. It was so complete, in fact, that it made every provision for everything that would occur for man throughout eternity. Through the New Covenant Jesus Himself would become the focal point for all that exists. In Him, by Him, through Him, and with Him all reality would realize its ultimate destiny.

For the first time since fall of man in the Garden of Eden there would be peace between God and man. Man would be able to approach God without fear or dread of punishment. Most amazing, man would never have to come to God in the vain hopes that his personal best would be enough to make him measure up to a Holy God. The New Covenant was not an addendum to the Old Covenant nor was it an afterthought necessitated by the failure of God’s first plan. The New Covenant was the predetermined fulfillment of God’s eternal plan to have a family of people created in His image, capable of giving and receiving divine love!

The New Covenant was God’s plan for man from the beginning. God never had any intention of man coming to Him through his own works or his own righteousness. According to Romans 8:29 it was predestined that we would be in Jesus and be conformed to His image by the power of God’s grace lest any man should boast! (Eph. 2:8-9) This eternal work was not going to be about man and his accomplishments. No! It was going to be about the Son and His finished work!

By the works of the flesh, no man has ever been justified. (Gal. 2:16) To the surprise of most believers God never intended that man come to Him through any means other than Jesus! The apostle Paul said of Jesus, as he hath chosen us in him before the foundation of the world. (Eph. 1:4) Before the world was created, before man breathed his first breath, and before sin came into the equation, it was predestined that we would come to the fullness of who we are unto God, in Him! Jesus was the plan all along!

The law was never actually meant to bring us to God, but it did serve some crucial services on the journey to God. …The law was our schoolmaster to bring us unto Christ, that we might be justified by faith. (Gal. 3:24) The law could never bring us to God; it was simply the process that was used to cause us to see how desperately loved we were through God’s willingness to offer His own Son!

The law also revealed sin! Sin is not about what we are doing wrong; sin is about what we are missing. When we “sin” we are involved in believing or doing something that causes us to “miss the mark” of how life should be (righteousness.) Because the death of sin is a process we seldom recognize that we are destroying our lives when we participate in destructive beliefs that lead to destructive behavior. In fact, we usually think the short cut is an easy way to get the happiness or security we desire. The law identified what types of behavior, beliefs, and attitudes would destroy us. If we trusted God we could accept the wisdom of His word and avoid the pain.

The apostle Paul said it like this; I would not have known sin except through the law. For I would not have known covetousness unless the law had said, “You shall not covet.” (Rom. 7:7-8) The law has no capacity to make us righteous. It has no power to help us overcome sin. At the end of the day, the best it can do is to help us identify some of the definable aspects of sin. …by the law is the knowledge of sin. (Rom 3:20)

But the Church, like the children of Israel, are not steadfast in their heart with God; therefore, they are not faithful to the Covenant. (Ps. 78:37) Unbelief results in the abandonment of the realities we have in Christ! The subsequent tendencies are to mix law and grace, the Old and the New, return to ritualism and ceremony, place unscriptural stipulations on the promises of God, and minimize the finished work of Jesus.

Religion, which is man’s attempt to come to God on his own terms, has so watered down the message of the cross that we have rendered the promises powerless. We have forgotten the realities of this Covenant. We have reverted back to the type instead of the reality. We have run back to works and abandoned grace. We have rejected the blood of Christ for the sweat of our own brow. The promises have been buried under the deceptive guise of “works righteousness” to such an extent that they are no longer promises, but payments for our own efforts!

This New Covenant requires one thing of the participant: to believe in his heart what Jesus accomplished through his death, burial, and resurrection! To believe on the resurrected Lord is to believe God’s full account of all He faced, endured, accomplished, and obtained. Instead, we have mixed law with grace to such an extent that we perceive a distorted view of the cross through the veil of legalism. That veil will remain, continuing to blind us to the realities of the New Covenant, until we fully turn to Christ as the be-all, end-all of every aspect of our salvation. (2 Cor. 3:12-18)

(This article is based on the powerful six-part series entitled, The New Covenant: The Forgotten Realities.)

About Dr. James B. Richards

Jim Richards currently holds an earned Ph.D., Th.D. and O.M.D. He received an honorary “Doctor of World Evangelism” for outreach and ministry in the Philippines. He has over 40 years of successful ministry experience that includes crusades, and pioneering churches in America and around the world; as a best-selling author he has published dozens of books, booklets, workbooks and ministry development programs that are distributed world wide; He has conducted international leadership conferences and has pastored a successful local church in Huntsville, AL.

He holds certifications in many areas of human development and is a State recognized & certified, addictions counsellor. To stay in touch with the needs of the world, he continually seeks training and experience in a wide range of fields including alternative medicine, human behaviour and other practical areas, all of which are applied to becoming a more effective believer and minister who is reaching and helping humanity.